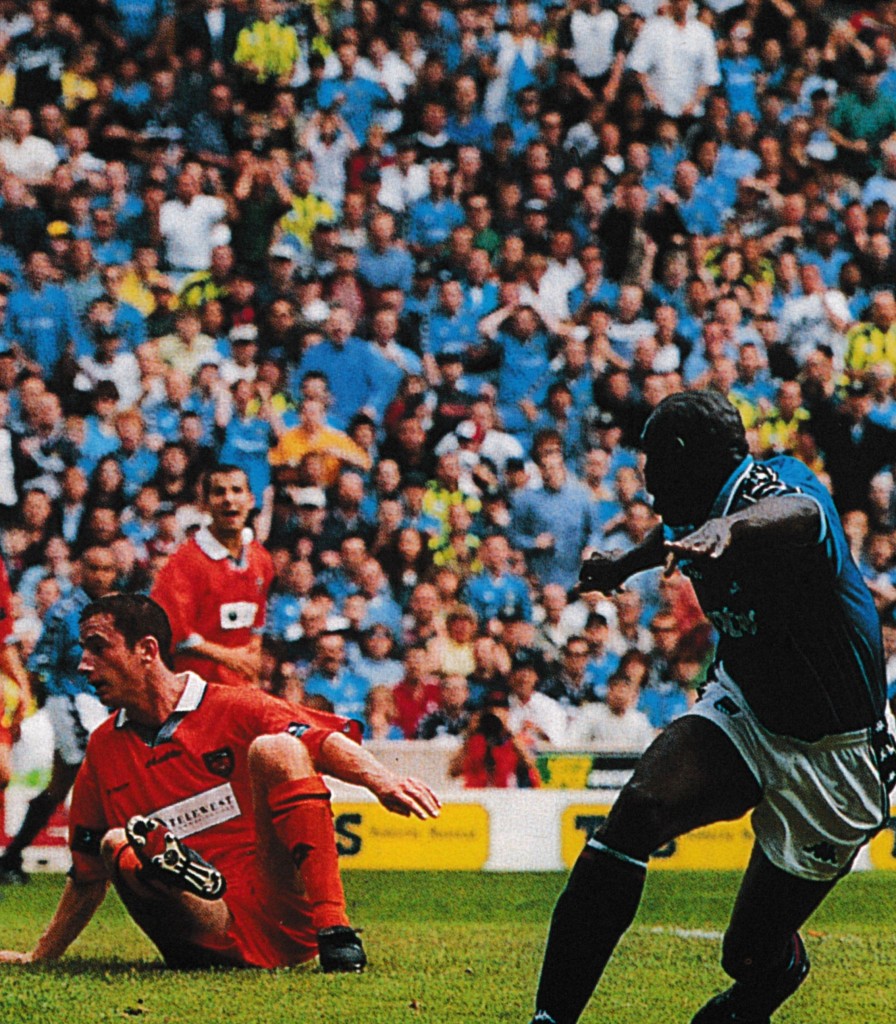 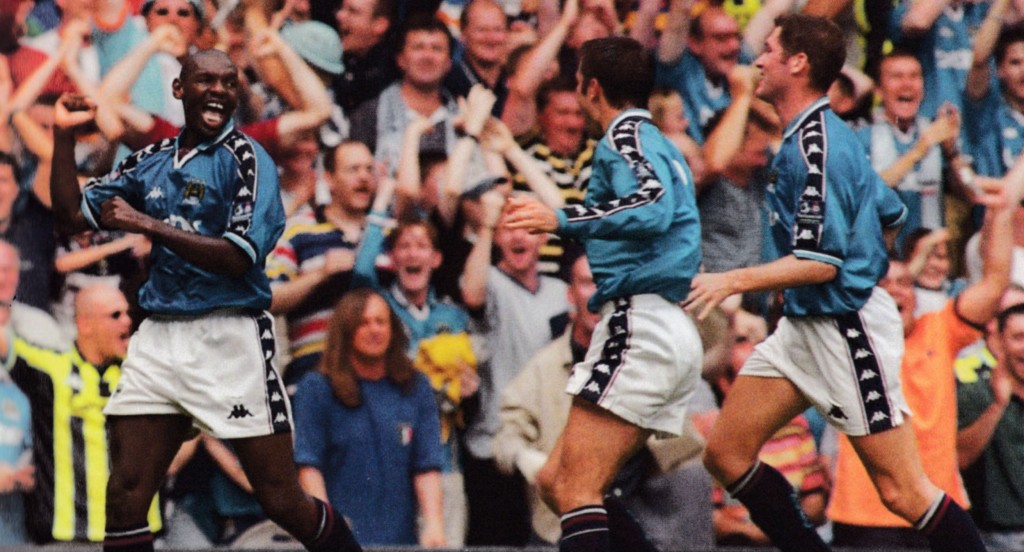 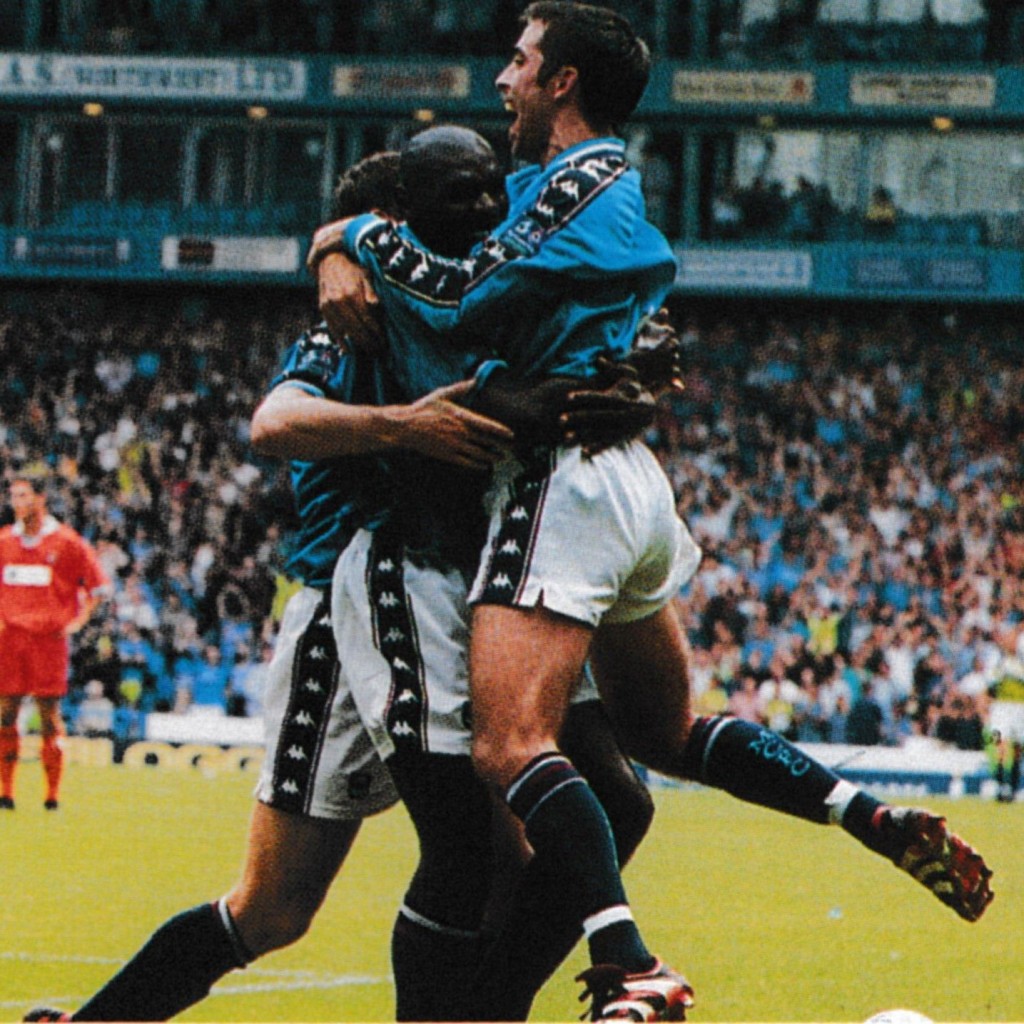 The Blues starting the season in the third tier of English football for the first time needed a good win in the first game of the season to convince the fans they would be able to bounce back from recent catastrophic seasons and be get back into Division 1 at the first time of asking.
Joe Royle commented theat he had dreamt the night before that City would win 4-0, he wasn’t far wrong.
City dominated the game with Jamie Pollock and debutant Gary Mason in control of the midfield, and midway through the first half Paul Dickov crossed for ‘The Goat to put Royle’s side 1-0 up.
After the break Lee Bradbury converted another Dickov pass and it was 2-0, and then Tskhadadze finished The Tangerines off in the 80th minute.
There was time for debutant keeper Nicky Weaver to make a couple of excellent saves, and at the final whistle the players applauded a packed Maine Road crowd who had urged them on throughout the game.

EVEN MORE CELEBRATIONS AS TSKHADADZE MAKES IT 3-0 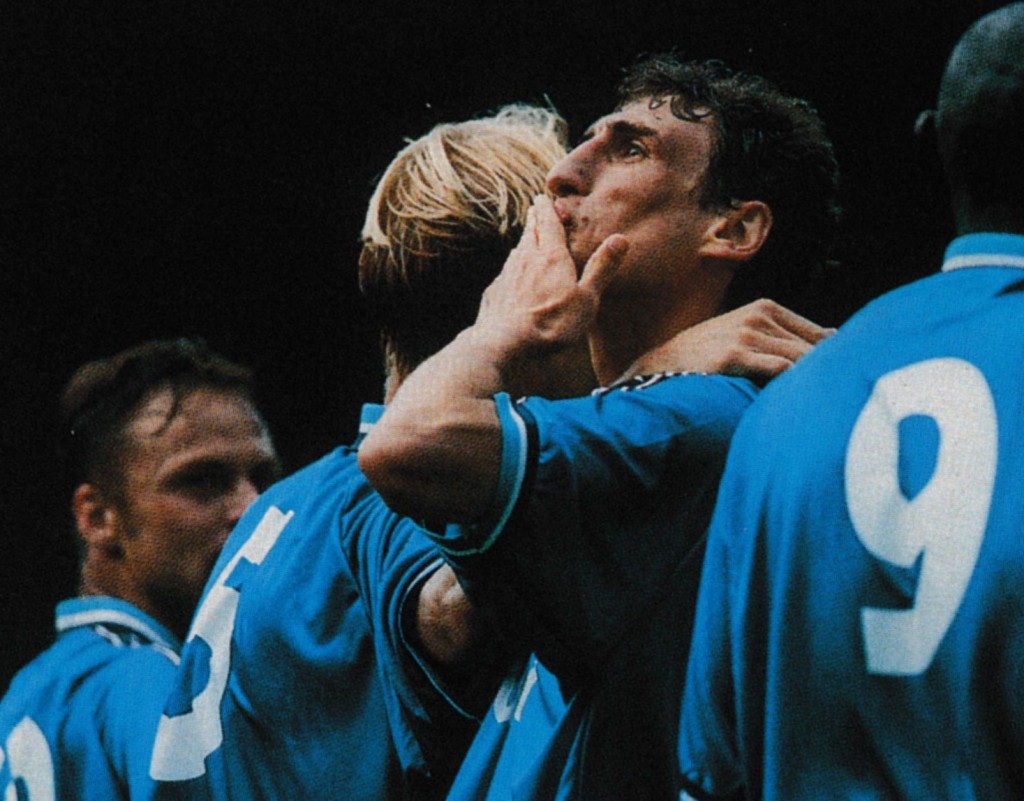 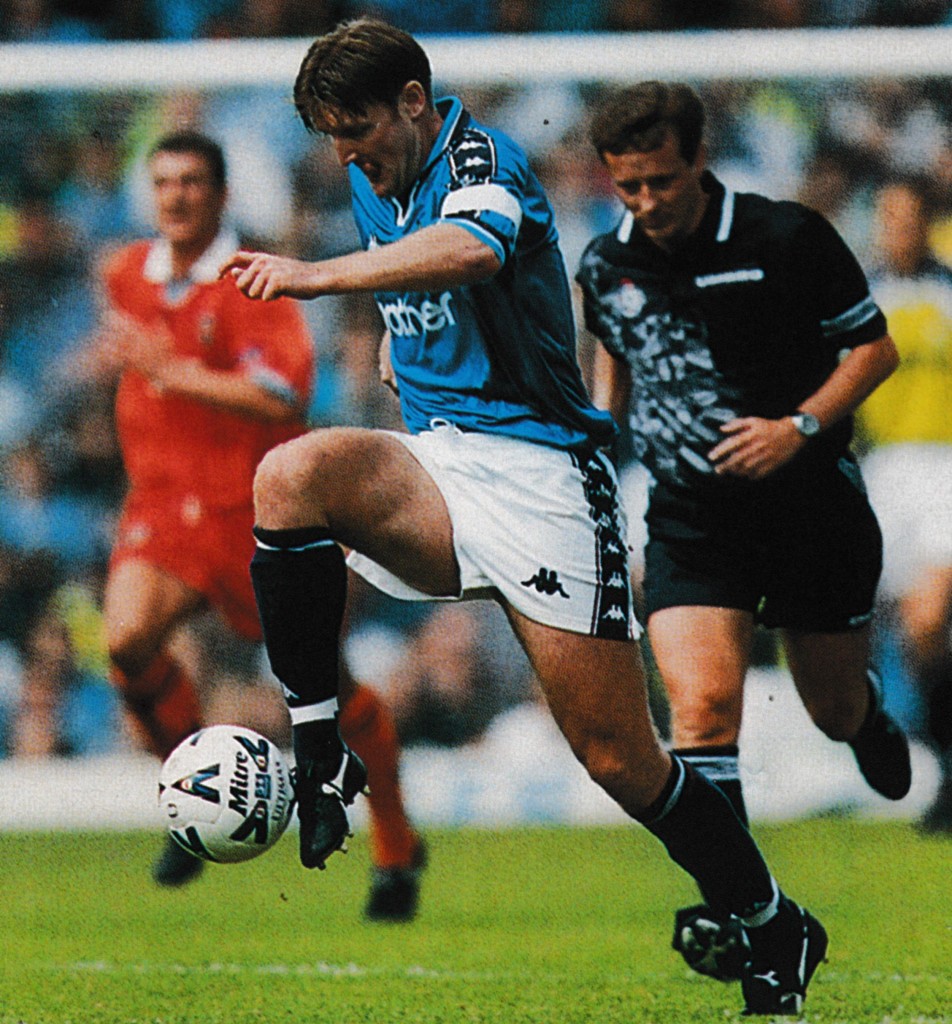 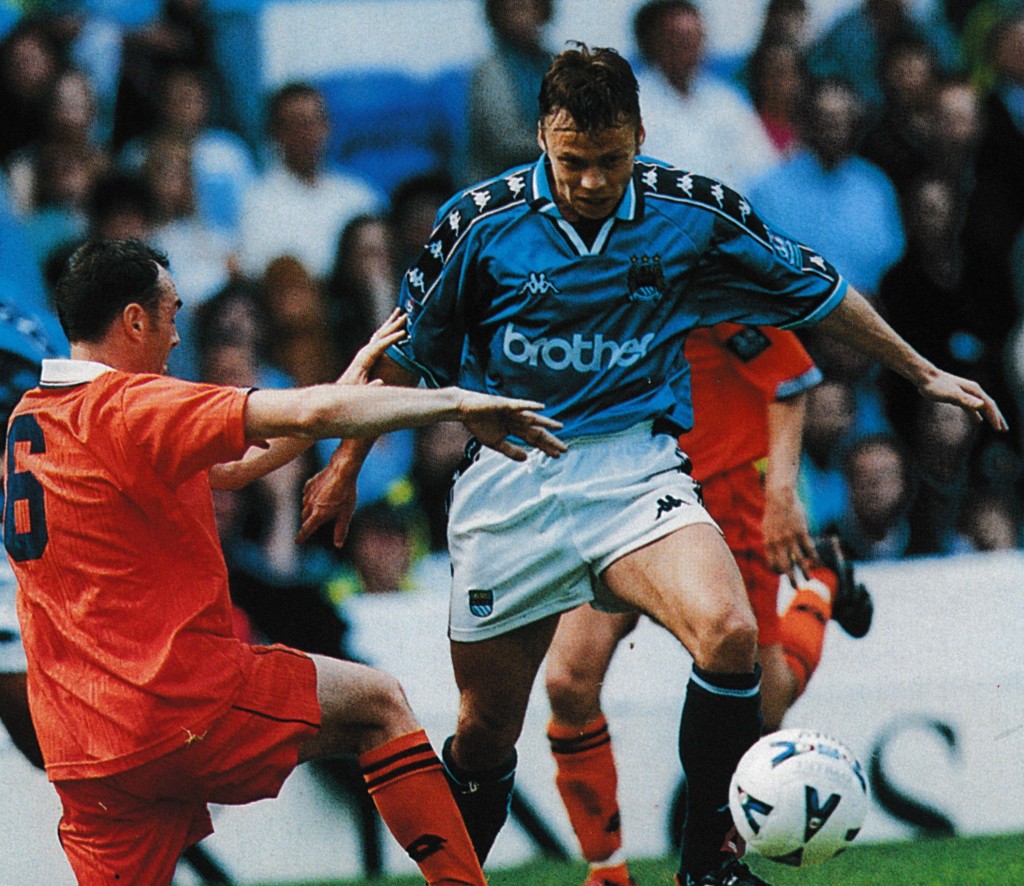