.
Villa had to be content with a point from a match they should really have won. They were denied on numerous occasions by joe Hart, who produced an inspired performance between City’s posts.
. City were ahead after 11 minutes, Rolando Bianchi sliding in to convert Martin Petrov’s low cross from a couple of yards, although Villa had to wait only three minutes for an equaliser. John Carew controlled a pass from Wilfred Bouma and turned away from Richard Dunne before charging towards the penalty area to send a right foot shot past Hart and just inside the right hand post.
EXTRACT FROM ASTON VILLA PROGRAMME 5TH OCTOBER 2009 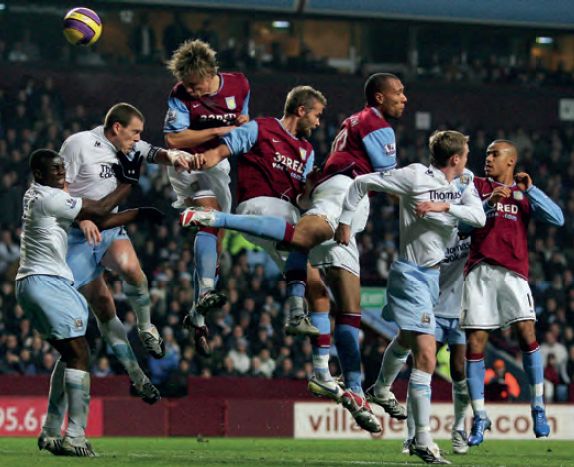