NIALL QUINN SCORES CITY’S ONLY GOAL OF THE GAME 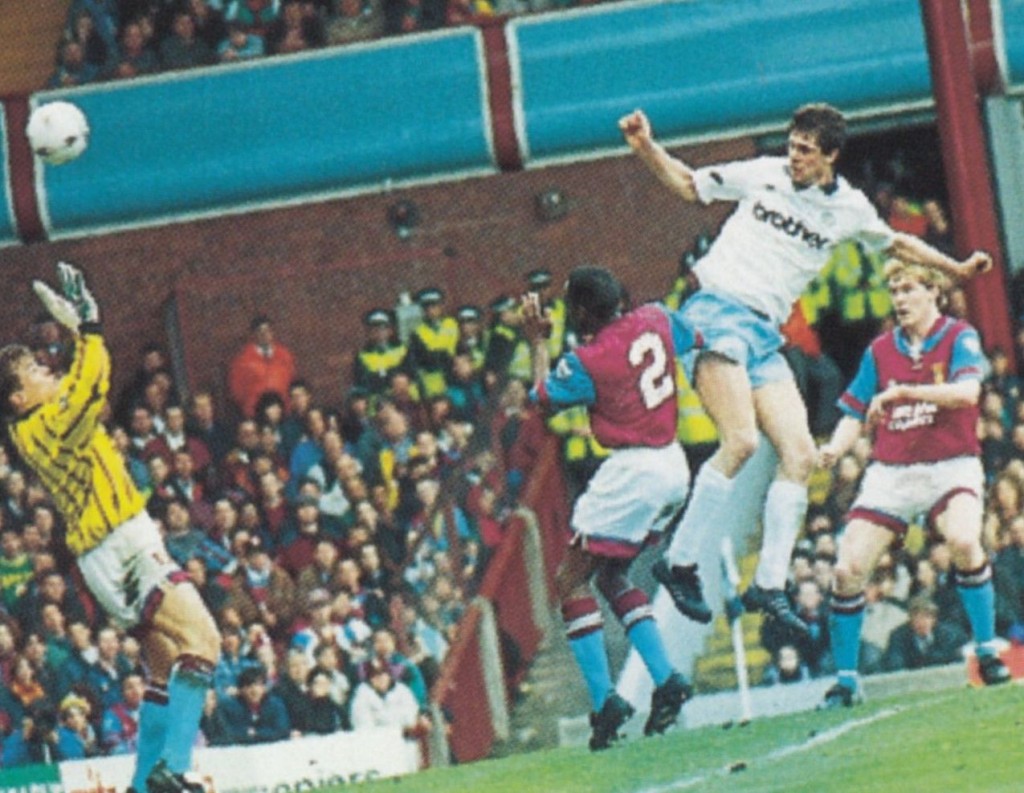 When City arrived at Villa Park on Sunday 18th April 1993 Villa knew they needed a win to maintain their Premiership title challenge.
A week earlier Manchester United had displaced Villa at the top of the table and the Reds had increased their lead to four points with victory over Chelsea the previous day. City controlled the first-half and Terry Phelan supplied a cross on 34 minutes for Niall Quinn to send a bullet header past Mark Bosnich and give the visitors an interval lead.
Manager Ron Atkinson did not mince his words in the half-time team talk, making it clear in no uncertain terms that Villa needed to raise the tempo. Two minutes into the second half a Tony Daley cross was defected off Ray Ranson and Dean Saunders rose to head the equaliser.
Villa then dominated and 20 minutes later Garry Parker put the home side ahead from the penalty spot after Keith Curie had handled a Saunders centre. A minute from time Ray Houghton ran on to a pass from Steve Staunton to chip the ball over goalkeeper Tony Coton to make the score 3-1
ADAPTED FROM AN ARTICLE BY FRANK HOLT IN THE ASTON VILLA PROGRAMME 17TH AUGUST 2008 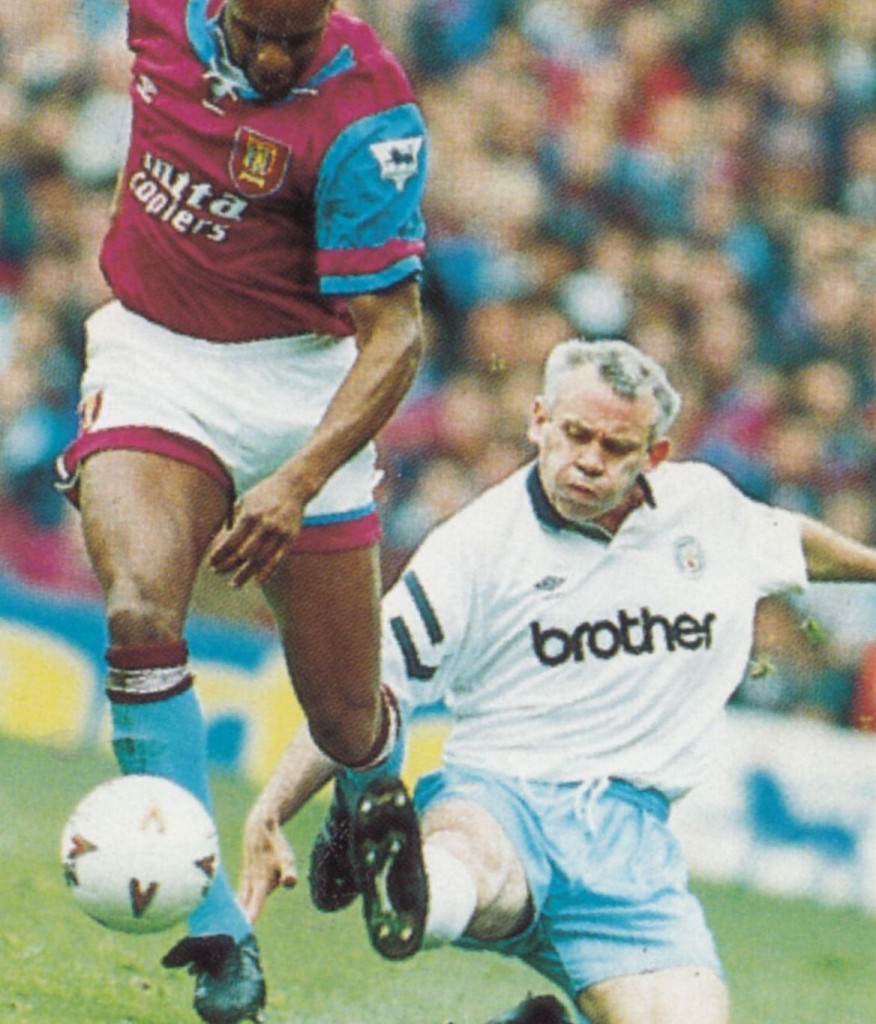 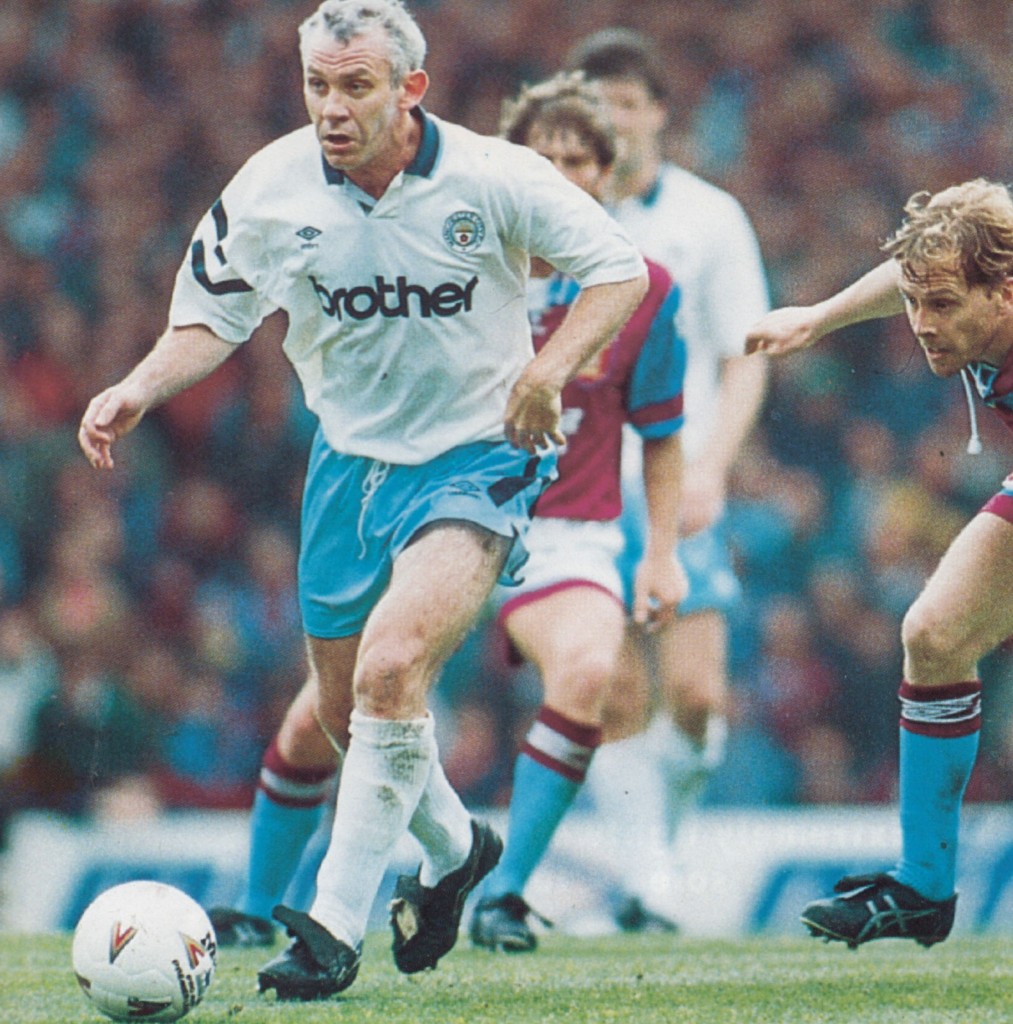 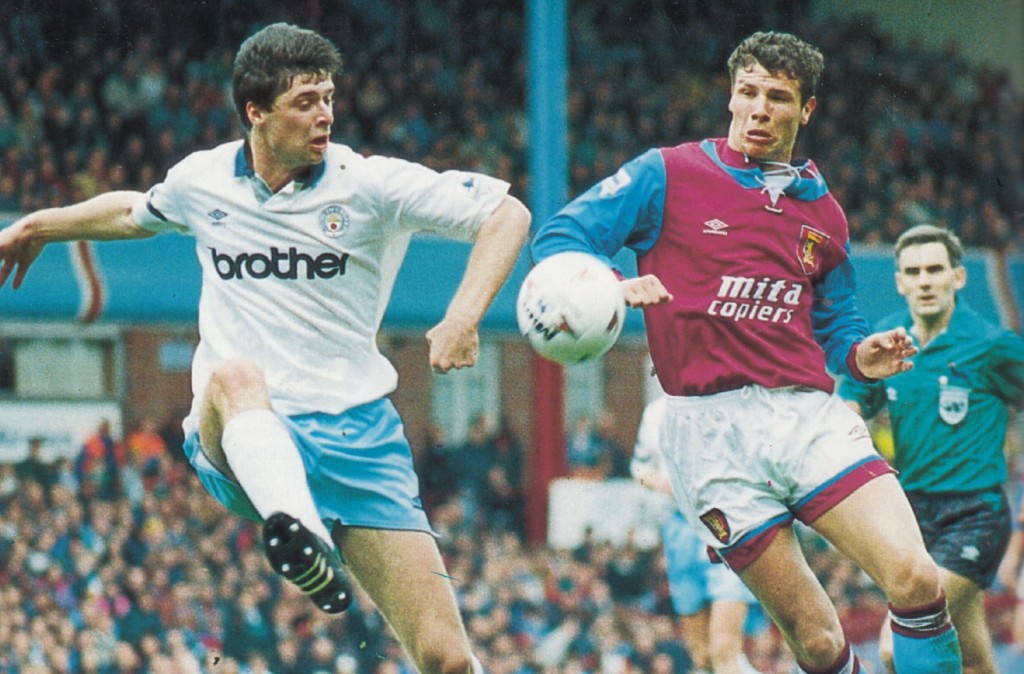