A BRACE FROM TOMMY CATON 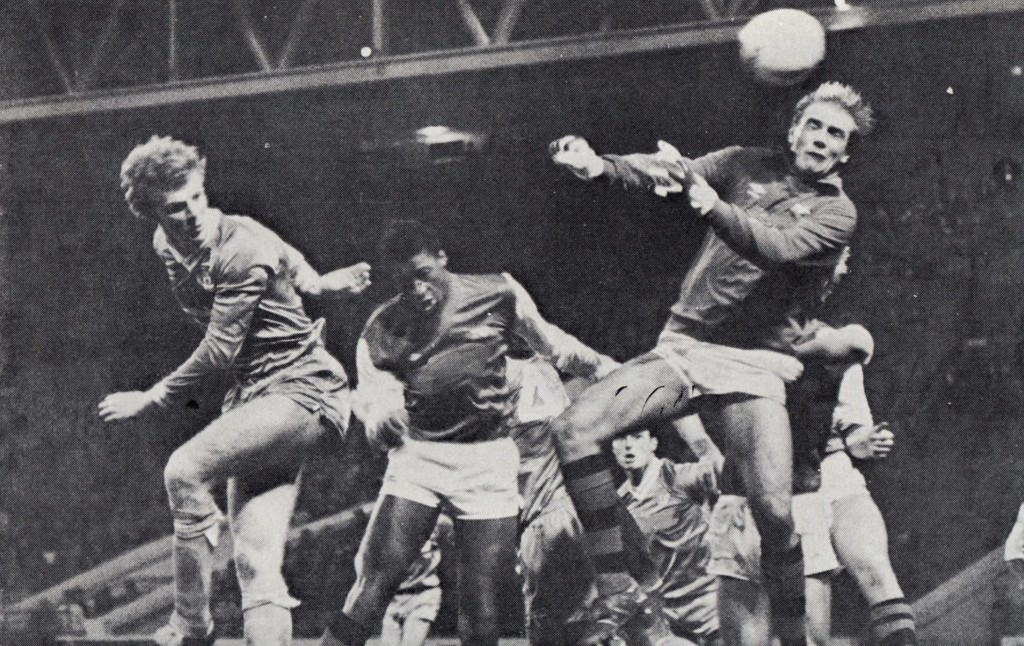 …lt had been a frustrating game for the Blues. Both Dennis Tueart and David Cross had hit the woodwork: Arsenal keeper George Wood had made a string of fine saves to deny City the lead. And the fans were wondering whether their favourites were ever going to score.
In the 52nd minute, came a breakthrough. City won a corner, Asa Hartford floated in the cross, and Tommy Caton was on hand to score with a flicked-back header.
lt looked as though that goal would be enough for the three points. But City, being City, decided to make it a Iittle more difficult for themselves. England keeper Joe Corrigan showed a spot of hesitancy which resulted in Gunners’ sub Brian McDermott hooking a shot past him. There were five minutes left!
Had the Blues blown it? It certainly looked like it, and when Arsena|’s Paul Davis almost pinched all the points with a header that flashed just wide of the City post many started the trek for home.
But in one final attack the Blues surged upfield once more and won a corner. This time Paul Power took it, and Tommy Caton ran in from the edge of the penalty area to make no mistake with a thumping header. There was just one minute left for play. If Tommy had been jubilant with his first goal, he was almost delirious about his second. So were the fans.
FROM AN ARTICLE BY JOHN MADDOCKS, PUBLISHED IN THE CITY PROGRAMME 30TH OCTOBER 1985