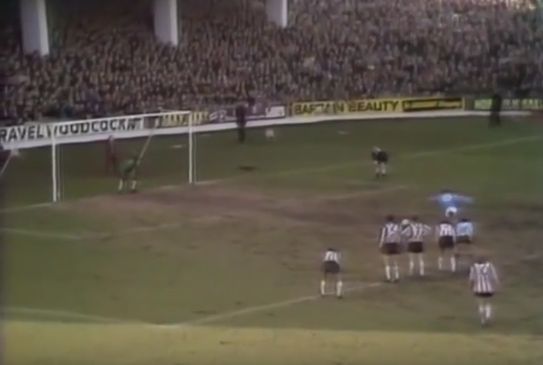 “Match of the Day” cameras were present for the visit of league leaders Manchester City. The press nicknamed this Manchester team “City Slickers” because of their stylish football built around star players like Colin Bell, Mike Summerbee and Francis Lee and organised by extrovert manager Malcolm Allison.
United, in contrast, were having a lean patch after an exciting start to the season. They had not won a game since 27th December and had lost their last home league game 5-0 to Arsenal. Manager John Harris was still optimistic that his team could qualify for the U.E.F.A. Cup but his preparations for the City game had been interrupted by a number of player problems. Gil Reece had made his eighth request for a transfer in five years and this time the Board agreed to his plea. Geoff Salmons, John Hope, John Flynn, David Ford and David Staniforth had all demanded talks about their futures and Ted Hemsley was out of the City game due to a thigh strain meaning that 17-year-old Alan Ogden from Rotherham would have to make his league debut marking Mike Summerbee.
Although Harris was under pressure to give 19 year old goalkeeper Tom McAlister his chance after John Hope`s poor performance against Arsenal, Harris decided to select Hope because of his experience for such a vital match.
The game was very physical with referee Wynn lucky not to lose complete control. He did book Summerbee for a clash with young Ogden. By the 33rd minute City seemed in complete control of the match as they led 2-0 with goals from a Francis Lee free-kick and Colin Bell, another 5·0 humiliation seemed on the cards. However, in the 35th minute, Bill Dearden headed home an Alan Woodward corner to reduce the arrears but just before the interval, tragedy struck for United when midfield terrier Trevor Hockey was carried off with a broken right leg after an accidental clash with City hardman Mike Doyle.
The second half began with a flurry of goals. ln the 50th minute Alan Woodward made it 2-2 with a penalty harshly awarded after Dearden had been fouled by Alan Oakes. This was Woody`s 100th league and cup goal for the Blades. Two minutes later United led 3-2 when Tony Currie headed in another Woodward corner. United’s joy was short lived because in the 58th minute Francis Lee blasted home a penalty awarded after Mick Speight on his full league debut had used his hands to turn away a Lee shot from goal. Speight was booked for this “save”, this was Lee’s 13th penalty success of the season.
At the end of this eventful game, Malcolm Allison was generous in his praise of the Blades; “United are the best side to come up from the Second Division in 10 years”. John Harris was proud of his two ‘ debutants Ogden and Speight.
Taken from an article by Dave Burkinshaw published in the Sheffield United Programme 8th September 1990