MAL’S SALUTE Big Malcolm Allison could have sulked about the two silly goals his young team threw away. He didn’t. He could have cursed the painful timing of the late winner which came after the crisis period had passed. He didn’t. “Some games you don’t deserve to win  but do” he said philosophically. “I was beginning to think that would happen today, but City were the better side. The and Chelsea are the best teams I’ve seen in the Second Divison this season.” City had been stunned by a sensational 15 seconds opener from Alan Roberts. Darren Wood found a hole in the left flank and David Currie rounded Tommy Caton. His shot was blocked by keeper Alex Williams but the ball sprang to Roberts who accepted  his gift grateully. City came roaring back but it threatened to be a day of injustices. Allison’s lion-hearted defenders Mick Baxter and Wood soaked up endless pressure. city were unable to score even though Boro keeper O’Hanlon looked insecure. A Ray Ranson cross brushed the face of the crossbar, A Graham Baker drive from 20 yards threatenedto snap the woodwork, the ball refused to go in. But four minutes from half-time their persistence was rewarded when O’Hanlon challenged by Paul Power dropped a Tommy Caton free-kick he should have held. derek Parlane struck an instant rising drive high into the goal. There was plenty of running from Power, Jim Tolmie and Duncan Davidson. There was some splendid constructive play from Neil McNab. But it took another blunder by Boro to give City the winning goal in the 81st minute. Heinze Otto gave the ball away  to Baker who knocked it into Tolmie’s path. The small curly-haired Scot raced towards the penalty area and struck an unstoppable drive to O’Hanlon’s right and just inside the post. City couldn’t hide their relief. Manager Billy McNeill said “we turned up a chance or two ut there were times when I felt it wasn’t going to be our day.” VINCE WILSON WRITING IN THE DAILY MIRROR 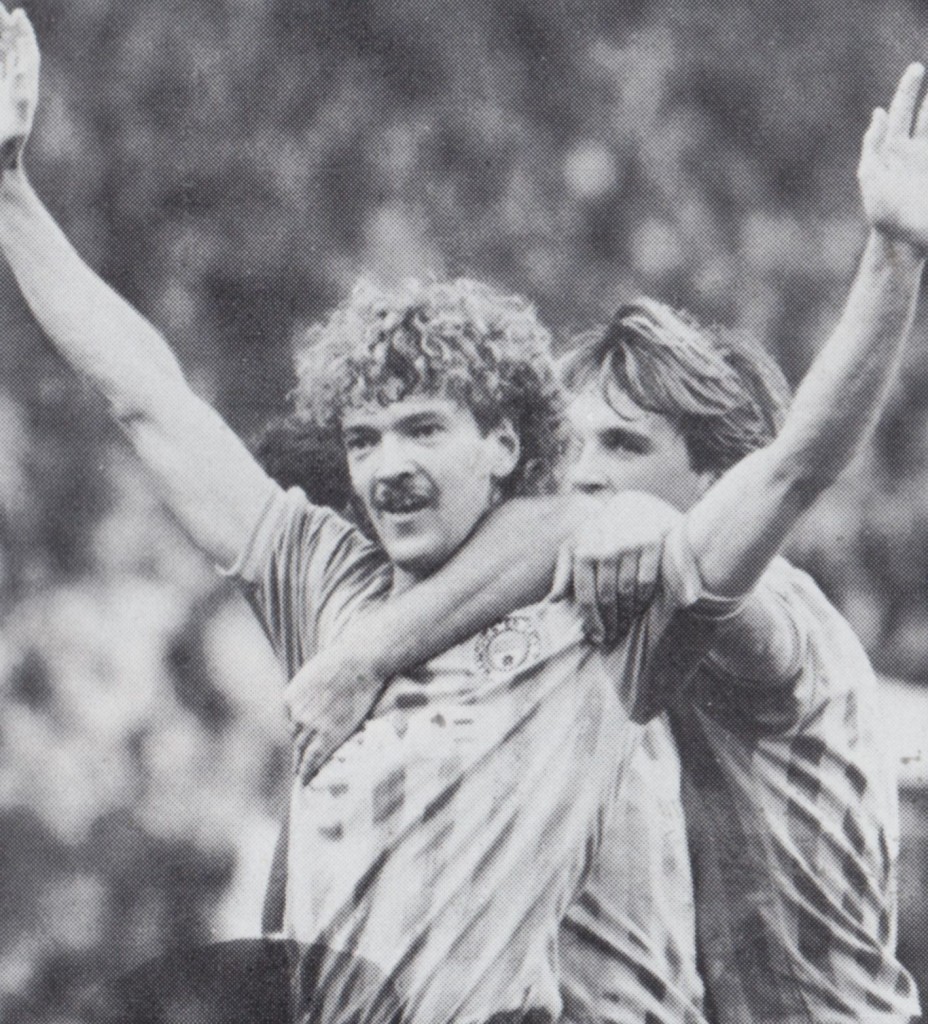